The Experientia Foundation is celebrating the 10th anniversary of its stipend award competition for research stays abroad. To celebrate the occasion, the Foundation invited all its previous stipend award winners and Start-Up Grant holders to this year’s “Experientia Day”. Held on 30 June, the celebratory event featured a lecture by Professor Waldmann from the Max Planck Institute of Molecular Physiology and a panel discussion on ERC grants attended by successful ERC grant holders. But most importantly, the 2022 stipend award winners  – Anna Poryvai and Michal Šimek – were officially announced.

Anna Poryvai, a young scientist from the Institute of Organic Chemistry and Biochemistry of the Czech Academy of Sciences, was awarded a stipend of CZK 1,050,000, enabling her to spend a year at the École Polytechnique Fédérale de Lausanne (EPFL) in Switzerland under Professor Sandrine Gerber. “We want to develop a new biosensor that will allow us to test for different pathogens using a single saliva sample for an accurate disease diagnosis,” explains the award-winning scientist.

Her colleague Michal Šimek, also from the Institute of Organic Chemistry and Biochemistry of the CAS, will be supported with CZK 1,560,000 to travel to the University of California, Los Angeles (UCLA) for a one-year research stay in Professor Ohyun Kwon’s group. “Using radical cleavage, we will be able to open up new ways of transforming natural substances, which may have an impact on many areas of treatment. Our methodology will help other scientists discover effective analogues of biologically active molecules,” he explains.

The two new stipend award winners participated in a scientific mini-conference held in the afternoon on the Experientia Day, attended by almost all the young scientists that the Foundation has supported to date.

Over the years, the Experientia Foundation has supported 19 promising young chemists through its stipend awards for a year-long research stay abroad. Thanks to the Start-Up Grant programme, another two young scientists were able to set up their own research groups in the Czech Republic after returning from abroad. The Foundation also supports talented junior chemists in primary and secondary schools (through the Cool Chemistry / Bezva chemie programme) and universities (through the Via Chimica Prize). It also funds the Rudolf Lukeš Prize for excellent Czech chemists. “We are planning to set up another programme of what might be called homecoming grants, the objective of which will be to make it easier for young scientists to return to the Czech Republic from abroad after their PhD,” explain the founders of the Foundation, Hana and Dalimil Dvořák, who for the tenth year running have donated their own funds from the royalties on antiviral agents developed at the Institute of Chemical Biology of the CAS back into science. To date, the Experientia Foundation has awarded more than CZK 33 million in grants supporting young Czech scientists. 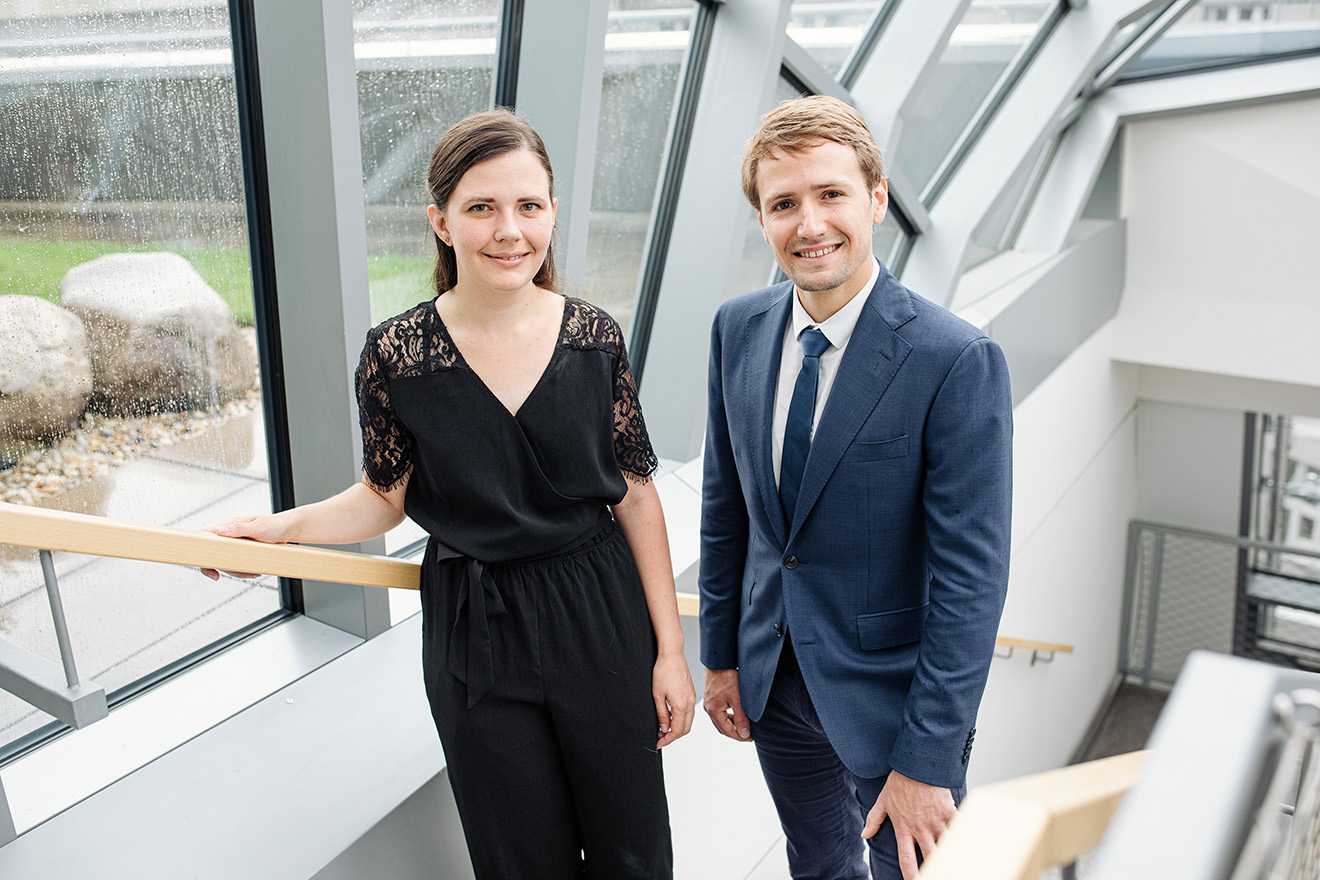