We are delighted to present the Experientia Foundation’s 2020 research stay and Start-up Grant award winners, whom we met at the Foundation’s awards ceremony on Tuesday, June 23 at IOCB Prague.

The young scientist Lenka Štacková from Masaryk University in Brno has received a stipend of CZK 1,260,000 from the Experientia Foundation, which will allow her to spend a year at the University of Zurich as a member of the research group headed by Professor Juriček. “I will focus on the development of new materials that because of their conductivity and magnetic properties could eventually be utilised in the electronics of the future,” explains the award-winning scientist.

Her colleague Ondřej Kováč from Palacký University in Olomouc will receive a stipend of CZK 950,000 from the Foundation to cover the costs of a one-year research stay in Professor Magauer’s group at Innsbruck University. Ondřej’s research will focus on the total synthesis of a new antibiotic called Kibdelomycin. “As antibiotic resistance is increasing, there is a clear need for new antibiotics. Kibdelomycin has a different mechanism of action to the currently known antibiotics and might also be effective against resistant bacterial strains,” Ondřej explains.

Lenka and Ondřej joined the ranks of the now 15 excellent young scientists under the age of 35 in the field of organic, bio-organic and medicinal chemistry who in recent years have received support from the Foundation to work in science at a top research site abroad.

The second ever Start-up Grant from the Experientia Foundation has been awarded to the young scientist Petr Kovaříček. From January 2021, Petr will head his own research group at the University of Chemistry and Technology in Prague, specialising in the development of new catalysts. The Experientia Foundation will contribute 2 million CZK a year for a period of three years, boosted by another 0.7 million CZK funding per year from the UCT itself. “Being awarded this prestigious grant is a great honour for me and I am delighted because setting up my own research group has long been a dream of mine, which will now become a reality,” says the award-winning chemist. Petr Kovaříček graduated in organic chemistry from the UCT Prague and earned his doctorate in the laboratory of the Nobel laureate J. M. Lehn at the University of Strasbourg in France. As a postdoc, he worked at Humboldt University in Berlin in the group of Professor Hecht. He now works at the J. Heyrovsky Institute of Physical Chemistry of the Czech Academy of Sciences. 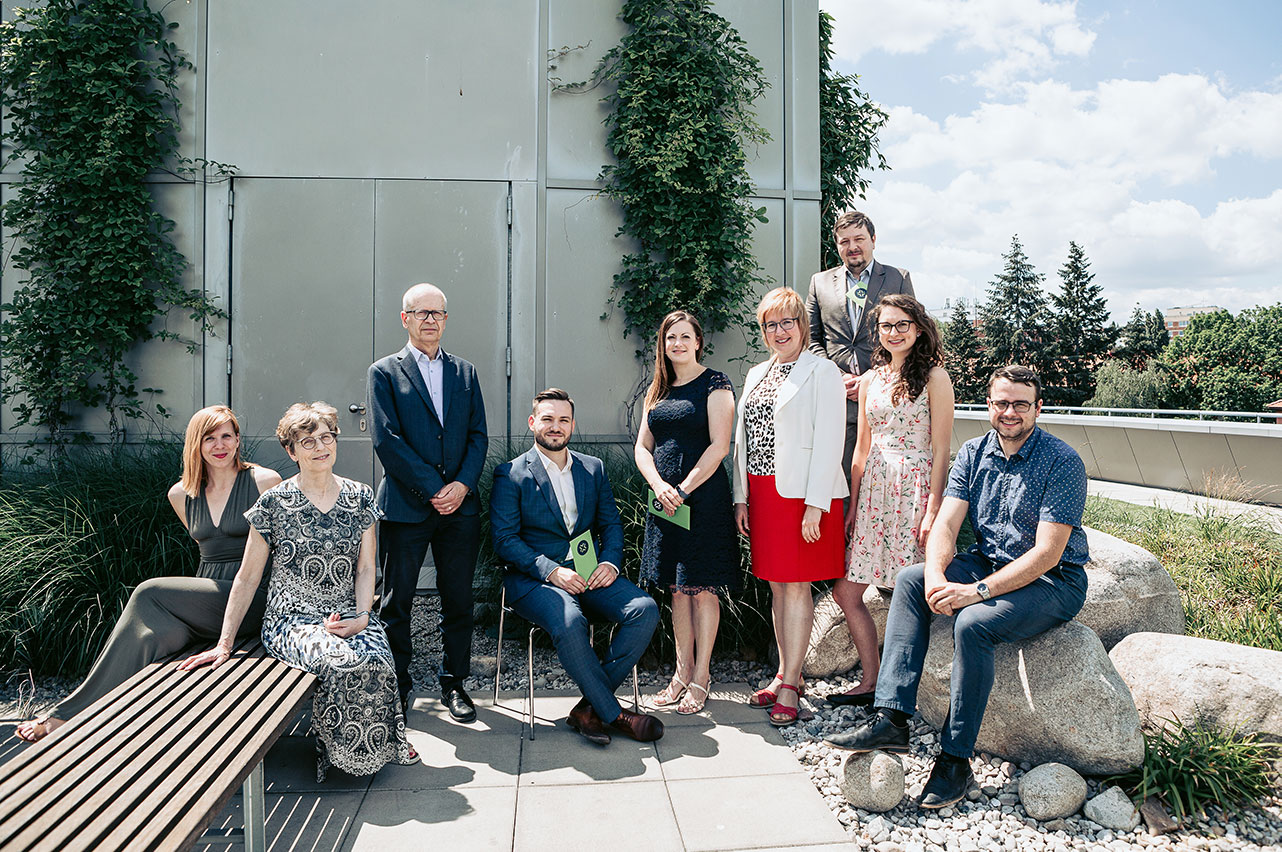