Shapeshifting molecules can be used for lab-on-a-chip applications

They work like a Rubik’s Cube – they have many various combinations. Shapeshifting molecules, the synthesis of which was the focus of Jiří Šturala’s research stay at Durham University in the UK, have many different potential applications. “Probably the easiest to imagine is the recent trend towards lab-on-a-chip applications – a simple plate on which you drop something like a drop of blood, and using a series of specific interactions, it will create a reaction, the outcome of which will evaluate your health,” says Dr Šturala.

Your research focuses on shapeshifting molecules, which you have likened to a Rubik’s Cube. Can you explain the comparison?

The shapeshifting molecules that you researched are called barbaralanes. What are their specific properties?

In this case, a barbaralane is a basic, neutral skeleton which has no charge. A molecule which should exhibit the desired properties carries a charge and is called a barbaralyl cation. The shape is changed with a series of low-energy rearrangement reactions.

In your project, you tried to create and control them. How difficult is this process?

Thus far, the synthesis has been more complicated, of course, because it is a very complex task. The molecule itself is essentially quite simple, but its synthesis is not entirely conventional because there are not many molecules that exhibit such properties. You have to prepare the desired compound – this was, in fact, the aim of the project. We prepared it using a series of reactions, usually trying to use a catalytic reaction, which closes the ring to form a relatively exotic carbocyclic system. All bonds are close together and relatively tight, so that rearrangement of molecules into a similar one is relatively easy. Of course, we can influence quite a lot just with the initial design of the molecule. Based on how we design the molecule, we can determine what features the molecule will exhibit.

How far have you gotten in your research?

We have prepared a shapeshifting molecule, not fully substituted, but with several substituents. Now we are examining their properties, and a study involving two or three of these substituents in the molecule has already been published (A. N. Bismillah, J. Sturala, B. M. Chapin, D. S. Yufit, P. Hodgkinson, P. R. McGonigal, Chem. Sci. 2018, 9, 8631-8636.).

What possibilities do the synthesis and control of shapeshifting molecules open?

One of the many applications today is the trend towards lab-on-a-chip applications – such as a simple plate on which you drop something like a drop of blood, and using a series of specific interactions, it will create a response, the outcome of which will evaluate your health – for example, it will say that you have low blood sugar. This is a very modern trend that many scientists are working on. Currently, devices that measure health are sophisticated, very expensive, and too large. One could theoretically take a lab-on-a-chip with them anywhere.

Could your discoveries be used in other areas?

In general, for any type of detection, such as a simple sensor for a single substance – for example, the detection of explosives. Targeted drug delivery is also being discussed, i.e. a molecule binds to an active substance and when it comes into a different environment, where, for example, the temperature or pH is different, it changes and releases the substance into the environment, where it can start its therapeutic activity. Right now, that is still theoretical – the knowledge we have acquired to date is not that advanced yet.

Why did you decide to specialise in this specific area of chemistry?

It was an unusual area. I also liked the combination of several approaches: it is not purely synthetic or purely analytical work. In this research, you need to understand analytical methods, but you also need to know how to prepare and model a molecule. It is difficult, but on the other hand, it is a challenge.

Thanks to the Experientia Foundation grant, you went for a one-year stay in Dr Paul McGonigal’s research group at Durham University in the UK. What drew you to work with Dr McGonigal?

How does one decide where to go? There are two different opinions. Either you go work with someone very famous, or you can go work with a smaller group, to work with someone less well-known, ideally younger, which was my case. The educational supervisor gives you plenty of attention, and the advantage is that you can see how a newly-formed group works and what they have to contend with, you learn to write additional grant applications, choose alternative competitions, etc. You can learn more, but it has its disadvantages – a research stay with someone more famous can facilitate your career advancement even further.

What is Dr McGonigal’s team working on and what part of the research were you responsible for?

Research on shapeshifting molecules was the group’s primary program, but while I was there, the research area shifted slightly, partly thanks to the article that we published. The research team began to work more closely with the local physics department, moving more into materials research. I started researching shapeshifting molecules and their synthesis with Dr McGonigal. When we discovered that some of the molecules displayed interesting properties, it was moved into the materials research part of the group, and I started working partially on liquid crystals, which share some of the properties of shapeshifting molecules. We entered a competition organised by Merck about the use of liquid crystals. Groups from all over the world participated, and we were chosen as one of the top ten. Because of this, I prolonged my stay in the UK by three months to focus on liquid crystals. Another benefit of the competition was learning more about how research works in the industry sector and also what to focus on when applying for grants or making presentations.

How does collaboration with Dr McGonigal work? What was the most important thing you learned from him?

I came to understand that the research a group carries out must be at least somewhat diverse – that they shouldn’t focus on only one option or just one project. It’s also essential to build a network of people to work with. Regarding my own experimental work, one acquires new knowledge more slowly unless you completely change your area of expertise. What I wanted to learn about in particular was how to lead a group that’s just starting, how to look for funding opportunities, so Dr McGonigal’s newly-formed group was the right choice. One of the other reasons was because he interned with Nobel laureate Dr J Fraser Stoddart, so those experiences were also reflected in what he could teach me.

And what were your impressions of Durham University? How is the local scientific environment different from the Czech one?

Here in the Czech Republic, it takes five years to get a master’s degree, but in the UK, it takes only four years. They finish sooner, they are younger…but on the other hand, I would not say that their life as a student is any easier because they have to pay for their studies. I think we have an advantage in that our fields of study include many practical subjects, and mainly in that we get involved in research groups early on. Brits often do not come into contact with “real” science until their last year of studies, and even then only for a semester. Because of this, we come out of our master’s studies with the same practical knowledge that they have halfway through their doctorates. That means that for us, one postdoctoral research stay is enough, but they need at least two to gain the practical knowledge they need. On the other hand, what is neglected here in the Czech Republic and what they place a greater emphasis on is promotion and soft skills. In our studies, we focus more on getting results, and with them, it is more about how they are presented – that is something we could learn from them. Nonetheless, thanks to this experience, I would never say that our educational system is bad.

What goals did you have for your research stay?

One of the main aims was to gain experience, and that certainly happened. And of course, I wanted to improve my English.

You were able to publish some of your research in the Journal of the American Chemical Society. What is your article about?

When preparing the molecules which should have shapeshifting properties, we used persubstituted cyclic substances in which we noticed a strange phenomenon. When they completely dissolved, they did not display any abnormal properties. However, when they were in a solid state (e.g. in crystalline form or in the form of aggregates), they became fluorescent. The article is fundamental research and explains why they exhibit these unique properties.

Many grant recipients extended their stays abroad – you were one of them. But now you are back in the Czech Republic. What are you working on currently and what are your plans for the future?

For now, I plan to stay in academia, probably at the University of Chemistry and Technology in Prague, where I have joined the nanorobots project, part of a multidisciplinary team. The objectives of the project are similar to what I was working on in the UK, just that they are approached from a slightly different angle. And, of course, I am considering breaking out and forming my own research group soon.

Finally, can you say something about what the Experientia Foundation grant meant personally to you and how your research stay advanced you career-wise and even personally?

The opportunity for recent PhD graduates to go abroad and gain experience is excellent, and in the Czech Republic, it is relatively unusual. I appreciated that the grant application was not complicated from an administrative point of view. There are not many opportunities to travel if you cannot bring something to the table. But if you have your own financial support, however, pretty much anyone will take you.

What advice would you give to potential Experientia Foundation grant applicants?

The only grant that you won’t get is the one you don’t apply for – but that is true about life in general. My advice is – do not be afraid to try. 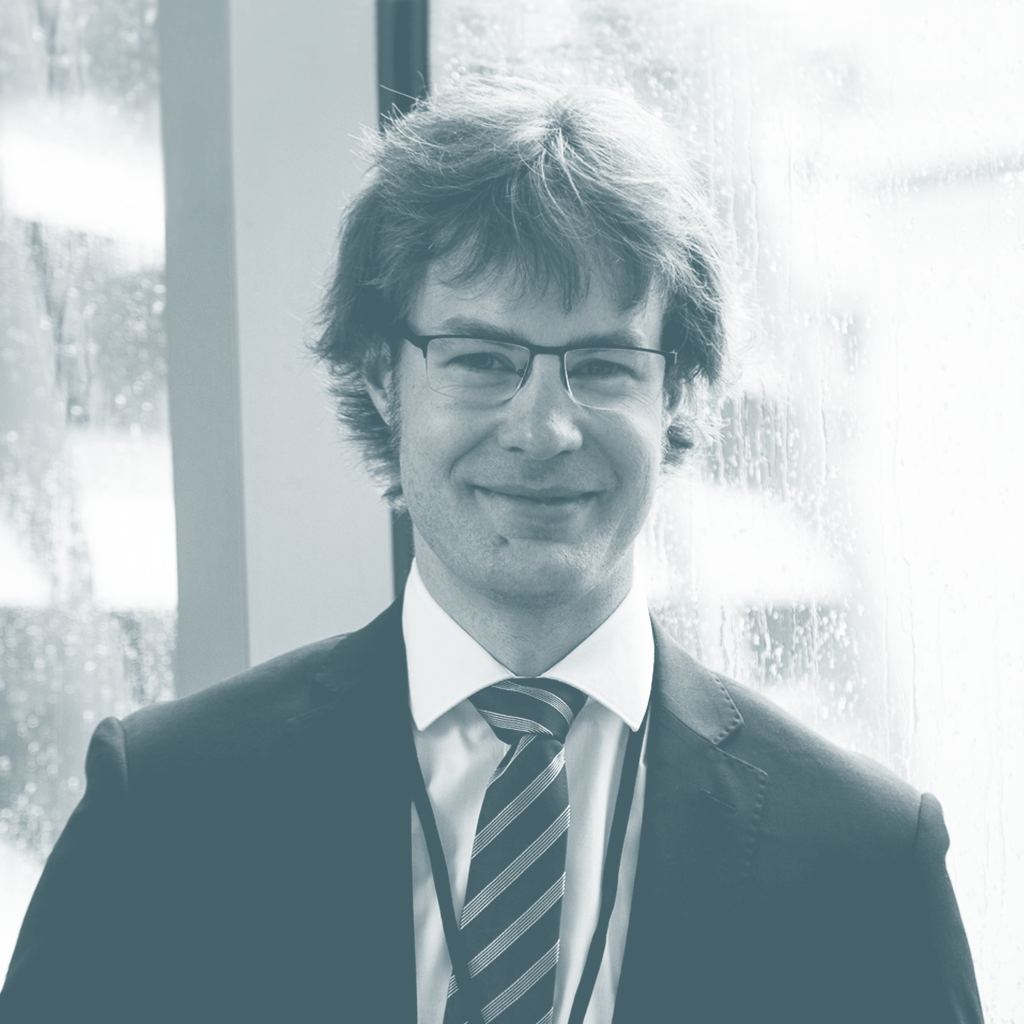