From Experientia Foundation grant to publication in nature

Our first grant recipient, Jakub Hývl, was so successful that he ended up publishing an article in the prestigious scientific journal Nature. Together with Nobel laureate Professor Richard R. Schrock, he presented research on specific catalysts that led to the effective preparation of medically interesting substrates. “I knew from the moment when I attended Prof. Schrock’s lecture at the Institute of Organic Chemistry and Biochemistry (IOCB) of the Academy of Sciences of the Czech Republic that I wanted to work with him. The properties of Prof. Schrock’s catalysts fascinated me,” recalls Hývl, who got the opportunity to study with Prof. Schrock as part of a one-year internship at the renowned American university Massachusetts Institute of Technology (MIT) through the Experientia Foundation. As he was extraordinarily successful at MIT, Prof. Schrock extended his stay by a year. Today Hývl is an assistant professor at the University of Hawaii.

How did a 33-year-old postdoctoral researcher end up publishing an article with a Nobel Prize winner in the science journal Nature?

I have to point out that the article in Nature was the result of cooperation between two teams – the research group led by Prof. Schrock at MIT and that of Prof. Hoveyda at Boston College. Prof. Hoveyda’s group came up with an exciting discovery, namely that some of the catalysts that had been developed in Prof. Schrock’s group catalyze an entirely new transformation. Prof. Schrock had previously thought that olefin metathesis of electron-poor alkenes was not possible. At Boston College, however, they found that some of them can be transformed through olefin metathesis. Prof. Schrock was very surprised by this. I was already in my second year working with him, so he came to me and asked me to investigate which catalysts work and which do not, and whether a general trend could be identified.

And what did you find?

My task was to isolate the actual active catalyst, a molybdenum complex with a halomethylidene ligand of general structure Z3Mo = CHX, X = Cl or Br. To isolate such a complex from the reaction mixture was a very interesting, but also a challenging project. When I started working on it, the first experiments (a reaction of original precursors with 1,2-dibromoethane) did not make much sense – the starting material decomposed immediately. Then by changing the conditions, I succeeded in observing the emergence of an entirely new complex during the reaction. In the beginning, we only saw it around roughly ten per cent of the time, but by modifying the conditions (pyridine adduct formation), I managed to stabilise it, then isolate and fully characterise it (as shown below, Ed.). We found that this is a new derivative, a synthetic analogue of the original precursor characterised by high activity (after removal of the pyridine ligand), particularly for the olefin metathesis of electron-poor alkenes. The original halomethylidene ligand complex, which is a necessary part of the catalytic cycle, has never been isolated nor observed.

The mechanism of how this new complex is created is unknown. Apparently, however, a hydrogen bromide is formed by the decomposition of the aforementioned molybdenum complex Z3Mo = CHX or its molybdencyclobutane intermediate. The resulting bromide then reacts with the initial complex which leads to protonation of the pyrrole ligand with a subsequent exchange for bromide. This hypothesis was supported by reacting the initial substrate with pyridinium bromide, which gave rise to the same product.

What does your discovery mean for the development of new drugs?

Neither of the two research groups that worked on the project deals with the development of drugs. The essence of our article was to demonstrate the chemical method that other groups can use for further drug development research. We don’t know yet what impact will it have on drugs – that’s something that will show up in the longer term.

So Prof. Schrock’s group doesn’t work on a multidisciplinary basis – the newly-prepared substances won’t be immediately tested for their biological properties?

There is definitely some interdisciplinary overlap, but more between organic and inorganic chemistry than between chemistry and biology. Unlike Prof. Schrock’s group, which focuses on inorganic chemistry, Prof. Hoveyda’s group is engaged in organic chemistry. The inorganic group from MIT prepared catalysts – substances which can allow a specific reaction. The group at Boston College then studied their actual use. They created medically relevant substrates, but the final result was just about showing their potential application.

You started your scientific career in Prof. Schrock’s laboratories in Boston five years ago, thanks to the Experientia Foundation grant. Why did you decide to work with him?

I became interested in the area of transition metal catalysts when I was working on my doctorate. When I had the opportunity to attend Prof. Schrock’s lecture at IOBC, the properties of his catalysts fascinated me. It convinced me that it was a fascinating area of chemistry, and at that moment I knew I wanted to go on a postdoctoral research stay with him.

What system does Prof. Schrock use and what was the most important thing you learned from him?

I’m originally an organic chemist, and he works primarily with organometallic chemistry, which in its own way is similar to inorganic chemistry. I learned a lot about the craft of organometallics. We did most of the work in glove boxes, which are devices with an inert atmosphere in which you can work with substances that are sensitive to air using built-in gloves. When I arrived at MIT, I got a glove box of my own, but I had never worked with one before. Luckily, a colleague helped me out quite a bit, one of Prof. Schrock’s most recent students, who showed me how to work with the equipment. It requires an entirely different way of working. The primary difference is that you must always know what you are going to do the next day.

What does a typical workday look like in Prof. Schrock’s laboratory?

You come into the lab, make some coffee, gather all the laboratory glassware you’ll need to conduct your experiments in the glove box and work from morning to night. Prof. Schrock is, of course, very focused on results. To attract his attention, you need to have outstanding results. When the experiment worked, it was certain that Prof. Schrock would come again the next day. The more interesting my results were, the more often he came to see me.

What do you remember most about your years at MIT? How does the scientific environment there differ from the Czech one?

It was a fantastic experience. Now, with hindsight, I have very fond memories of it. In the group we had a great team, we stuck together, especially when someone had great results, or, conversely, none at all. Of course, there was some rivalry, but I have to say we worked well as a team. The most significant difference from the environment that I was used to was in the motivation. Everyone came to MIT from somewhere different, but everyone had the same goal: to get good results and publish an article with Prof. Schrock. I, too, resolved that I would get published. Once I did, I thought it would be great to do it again. When I did, I wanted to do it a third time. The motivation there was huge.

You stayed in America after your stay at MIT was over. In the summer of 2017, you became an assistant professor at the University of Hawaii. How do the working environment and overall atmosphere of Hawaii compare to that at MIT?

It’s definitely much warmer here! But seriously, the main difference is in the attitude of the people. In Boston, everything is more intense, and the pace is much faster. Here in Hawaii, they have a looser approach; everything has its time, here they call it “Hawaiian time”.

What are you currently working on and what are your plans for the future?

In Hawaii, I’ve been focused on developing my own laboratory. I got a room with older glove boxes, which I put into operation together with other devices, which helped me save quite a bit of money. I want to pursue research on the boundaries of organic and inorganic chemistry, as well as organometallics. I’m also interested in researching catalysts, but this time not catalysts for olefin metathesis. I’d also like to examine the chemistry of non-transition metals. I’ve just started. I have some ideas in my head, but my students and I have to find out what works and what does not, and then decide in which direction I will head.

Finally, can you say something about what the Experientia Foundation grant meant to you personally and how your research stay helped you advance career-wise and even personally?

The internship advanced my career dramatically. It’s one thing to finish your doctorate. But then you have to push yourself off – to complete a successful postdoctoral fellowship, to have something to present. The grant from the Experientia Foundation made my proper “push-off” possible. I wanted to get into a great workplace, to work for someone who has a big name, and I did it. Then I had good results, but that would have never happened had it not been for the Experientia Foundation grant. For this, I am incredibly grateful to the Foundation.

On a personal level, the experience was important to me because I realised that although we complain about a lot of things here in the Czech Republic, ultimately everything works quite well. When you work in an international team, you will find that problems are everywhere, and this realisation had a massive impact on me.

I would advise them to aim high, to the best possible workplaces. When you have your own financial support, no one will refuse you. 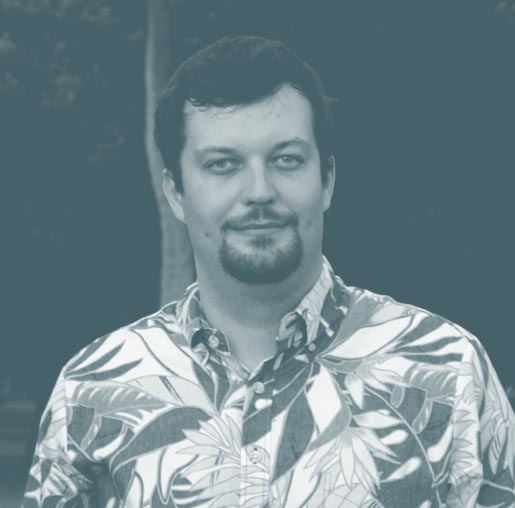 Born in 1983 in Pardubice, he studied under Prof. Oldřich Pytela at the university there, receiving his master’s degree in organic chemistry in 2007. In 2011 he received his doctorate in organic chemistry at the University of Chemistry and Technology in Prague and worked at an external workplace in the laboratory of Dr. Jiří Šrogl at IOCB. For the next two years, he worked in a group led by Dr. Detlef Schröder. Then, thanks to an Experientia Foundation grant of CZK 850,000, he travelled to MIT for a postdoctoral research stay with Prof. Richard Schrock. After the end of Hývl’s year at MIT, the renowned Nobel Prize winner extended his stay by a year. Today Jakub Hývl is an assistant professor at the University of Hawaii.

A Masked Phosphinidene Trapped in a Fluxional NCN Pincer