Our molecules might lead to the construction of a quantum computer

He likes technologies and is an ardent science fiction fan. It is no wonder that thanks to the Experientia Foundation grant, Andrej Jančařík went to study in France for one year in the group of Dr Gourdon at the National Centre for Scientific Research. “It occurred to me that the subject of his group’s research is a kind of science fiction that could soon become reality,” explains Jančařík who, thanks to a paid job offered by Dr Gourdon, will be staying in France for some more time when his research stay is over. “At this stage of the research we are trying to prepare molecules which could be used as building blocks in the construction of a quantum computer. I believe that if we succeed in constructing a real quantum computer, it will trigger a new scientific revolution,” say the scholar.

You applied for the Experientia Foundation grant for you project of polyaromatic hydrocarbons. What was the goal of your project?

The objective of the project was to prepare a family of polyaromatic compounds that absorb light of appropriate wavelength and are also asymmetric, have rigid structure and possess dipole moments, and do not contain any movable components. These compounds should serve as electric-field nanosensors and detect movements of its electric charges.

Polyaromatic compounds that you have studied possess very interesting chemical properties. How do these properties determine their use?

Physical and chemical properties depend on the structure and shape of a particular compound. This allows us to design and prepare compounds possessing the required properties. In our particular case the shape of the molecule is not that important, we are rather looking for rigid polychrome polyaromatic compounds possessing a dipole moment. Any flexible or movable part of a molecule would cause a disturbance and reduce the detector sensitivity. If we succeeded and prepared a substance that would meet such criteria we could construct a GPS of an electric charge.

How did you conduct your research in particular?

The entire synthesis is based on tetracene (1) that is practically insoluble. It is also very sensitive to light, oxygen and, unfortunately, to temperature as well. While the focus of this project is to prepare products that can be used in photophysics, paradoxically, the most complicated task was working without any access to light. All intermediate compounds and starting material were unstable in the daylight so we did not really see much of it over several months. Otherwise I used some commonly used techniques in organic synthesis – the Schlenk line with the argon/vacuum combination, glovebox etc.

What are the possible uses of your discoveries in nanoelectronics?

At this stage of the research we are trying to prepare molecules which could be used as building blocks in the construction of a quantum computer. A quantum computer, so far just hypothetical, could make it possible to solve tasks that are very difficult or even impossible to cope with for ordinary computers. This is because computers as we know them use iterations to execute specific tasks, while quantum computers can solve all problems instantly because they do infinite parallel calculations at once. Such computers will come in useful in all natural sciences (meteorology, computer-aided drug design etc.). I believe that if we succeed in constructing a real quantum computer, it will trigger a new scientific revolution.

Why have you personally specialised in this area of chemistry?

Primarily because I love technologies and I am a big science fiction fan.

Thanks to the Experientia Foundation grant you could spend a year in France in the group of Dr Gourdon at the National Centre for Scientific Research. Why did you find Dr Gourdon’s research appealing?

The field of research of Dr Gourdon and his group seemed like a kind of science fiction to me that could soon become reality. There are more research groups like this one all over the world but I also based my particular choice on recommendations of my former supervisors, Professors Ivo Starý and Irena Stará. They both know Andre Gourdon personally and they spoke highly of him as a person, too. The personal qualities of my supervisor and a good atmosphere at work were of the same importance to me as the research topic. On the other hand, I could not care less about the destination: the country or town where the research institute is located.

What is the research team of Dr Gourdon working on at the moment and what part of his research are you in charge of?

We do basically everything in the nano field. The main topics are nanoelectronics, spin electronics, quantum calculations, nanoelectronic devices etc. I am in charge of chemical synthesis of different components.

What was it like to work with Dr Gourdon? How does he work and what crucial things have you learned from him?

Andre Gourdon is a very intelligent, organised and methodical person. His thinking is incredibly straightforward. When I was sitting in his office on my first day, his desk was covered in piles of colourful files. He started by telling me what projects were inside these files and that I could chose the ones I wanted to work on. I replied that I wanted all of them. And he said that I was free to take everything to clean up his desk. Then he showed me around the lab and my office. When I was later opening the files one after another, they just contained protocols in French and loads of scientific publications “coloured” with highlighters. I had never used a highlighter before in my entire life and last year it was highlighters that I wanted for Christmas. The files of different colours were free to pick up at work. I would also like to pick up his way of thinking: Dr Gourdon knows exactly what to say and when and how to say it, always hitting the nail on the head.

The group of Dr Gourdon is a multidisciplinary one, what is it like to be part of such a team?

It was rather difficult in the beginning. There are just two of us specialising in chemical synthesis in Andre Gourdon’s team (himself and I). The rest of the group consists of physicists and theoreticians with very particular specialisations. I was completely lost during first seminars because instead of chemical structures they were all about matrices and determinants. But the more things there are that I do not understand, the more motivated I am to study. I also have to admit that because each one of us is an expert in their field, there is a lot of mutual respect among us and we highly esteem one other.

And what are your impressions from the National Centre for Scientific Research? How is the French scientific community different from the Czech one?

From the scientific point of view it is very similar. I would just say that the red tape is quite real here and their approach to occupational safety is rather exaggerated. But it will not take long before this is the case in the Czech Republic as well.

What were your goals when you went on your research stay?

As I did not exactly know what will await me here, I did not want to set any goals. I just kept telling myself that I must not let the Experientia Foundation down and prove that the grant I received was not a bad investment.

Apparently it is not the case as your first publication, Unimolecular Logic Gate with Classical Input by Single Gold Atoms, has been released. What is it about?

We have prepared a y-shaped polyaromatic compound. A single molecule of this compound (one letter Y) has been successfully tested as a part of a logic circuit. To put it simply, the molecule we prepared can count zeros and ones. Other projects are under way and I believe there will soon be more publications.

Many scholars have renewed their stay abroad, you among them, as you have been offered a paid job in France. What are you currently working on?

At the moment, I am trying to complete all the projects that are under way. The largest and also the top-priority project consists of the preparation of a graphene strip with a maximum width of several nanometres. The properties of these strips depend solely on the shape of their edges. Accordingly, we can prepare strips with metal-like properties or strips that behave like semiconductors. Others are expected to have properties of superconductors. We can also determine their magnetic properties.

Can you tell us in conclusion what the Experientia Foundation grant have meant for you personally and what progress you have made in your career, and also as a person, thanks to the research stay?

The most important thing is, I believe, that thanks to the Experientia Foundation and the research stay I have found the direction to take in my career. As a person, I feel I have grown up and become more mature, although I thought I already had a long time ago.

What message would you like to give to prospective applicants for the Experientia Foundation grant?

There is nothing to think about! The Experientia Foundation grant is the best, simplest and most efficient way to get to a top research institution anywhere in the world. 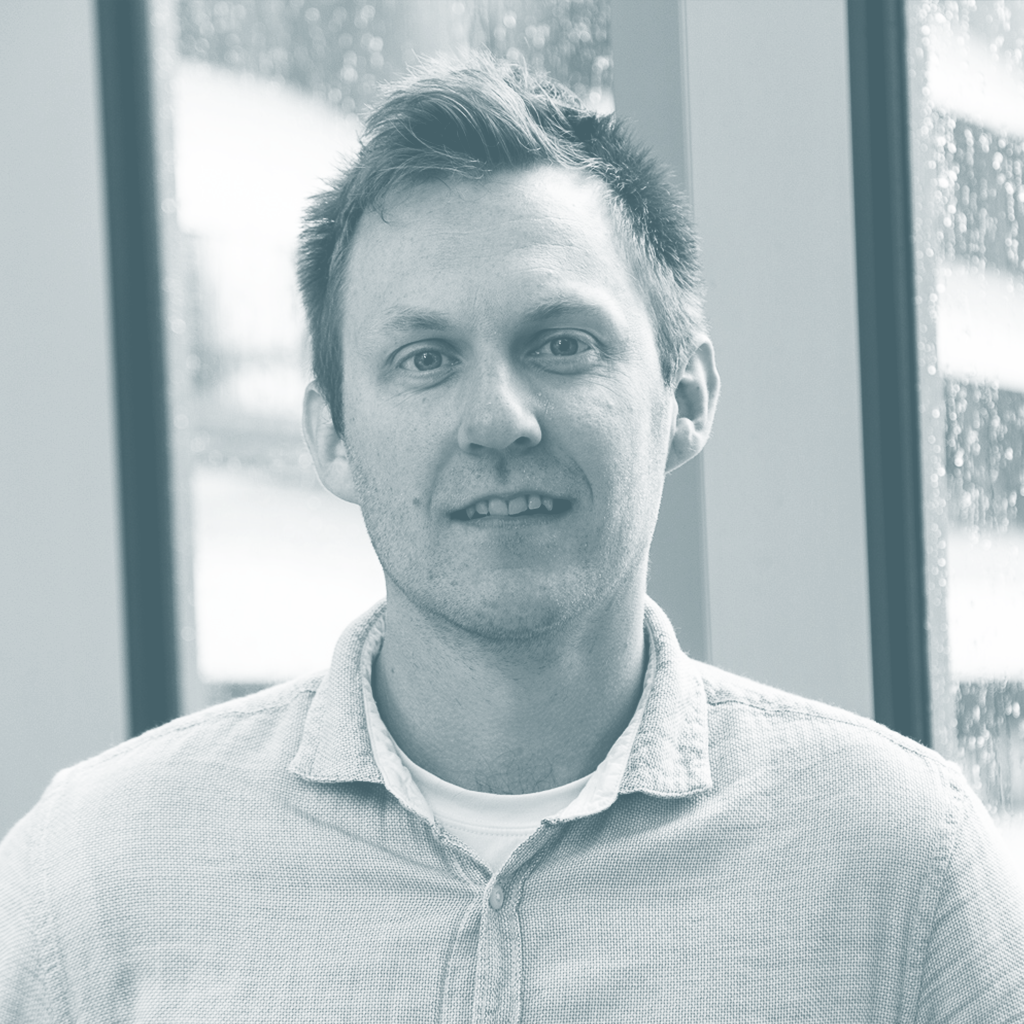 born in Bohumín in 1984. In 2014, he graduated from a PhD programme in organic chemistry at the Institute of Organic Chemistry and Biochemistry in Prague under the supervision of Dr Ivo Starý and Dr Irena G. Stará. He completed a year-long post-doctoral research stay at the National Centre for Scientific Research, France, thanks to the financial support of the Experientia Foundation in the amount of CZK 1,170,000. He has continued to work in the research group of Dr Gourdon since then.